In the diagram below, the web server and database server do not have PublicNet attached. Instead, their outbound internet access is routed through the Gateway Instance by using Cloud Networks. This reduces exposure to attackers.

The web server also has public-facing services exposed by using a Cloud Load Balancer, which connects over ServiceNet. 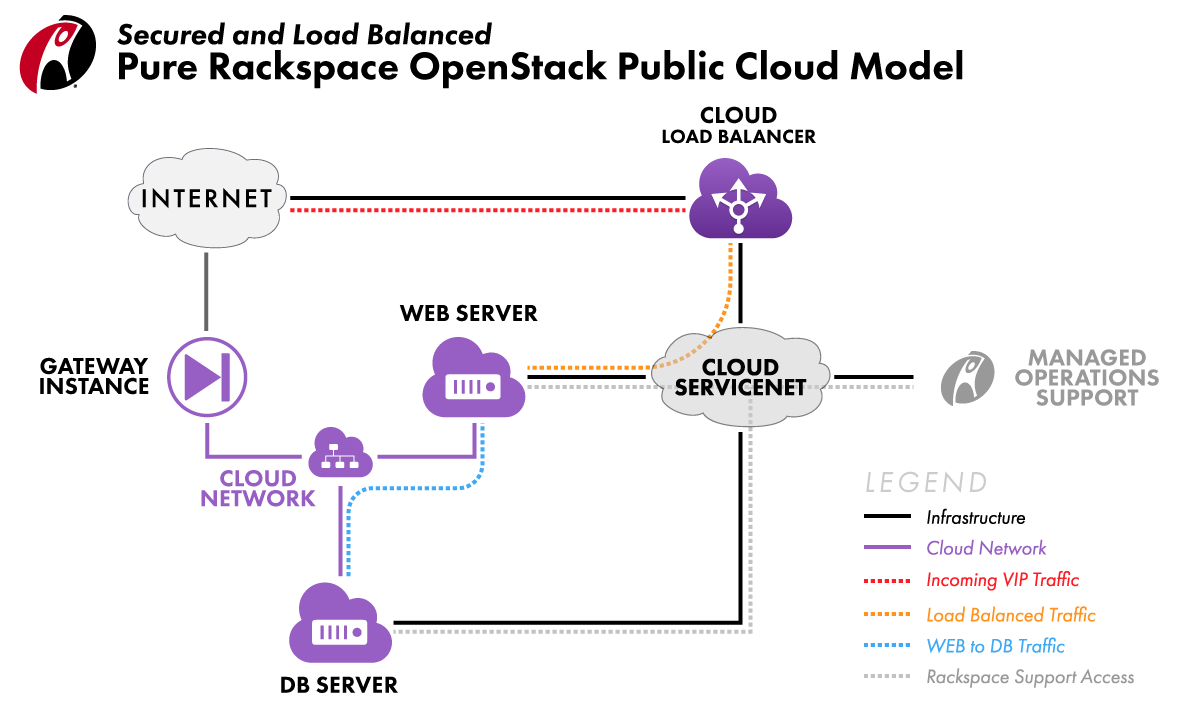 From the Cloud Control Panel, navigate to Servers > Create Resources. On the Create Server page, choose a virtual network appliance image, such as the Fortinet Fortigate-VM. Under Advanced Options, ensure that Configure as Gateway is checked (as it is by default).

You can also use these Cloud Orchestration templates, which create the Gateway Instance and a Cloud Network with all needed configuration at the same time.

Building Servers Behind Your Gateway Instance¶

Accessing Servers Behind Your Gateway Instance¶

You can access servers behind the FortiGate-VM in a variety of ways: