Terraform has gained a lot of popularity in the last couple years. Rackspace prefers to use Terraform to quickly spin up new architecture in AWS and Azure. However, with Amazon's lightning-fast deployment of new features, it has become harder for the Provider maintainers to keep up. Developers are left waiting for new features to be developed and merged into the master branch before becoming available for general consumption.

Open Source to the rescue! Since the source for Terraform Providers are available via Github, any new feature doesn't have to be in the master (mainline) Provider before it can be leveraged by Terraform users.

This post discusses a simple Terraform module that was developed to allow anyone to easily clone, build, and install a fork or branch of a Terraform Provider without having to set up a Go build environment directly.

Currently (Feb, 2019) there are almost 2000 open issues with the Terraform AWS Provider. That's a lot of issues... and while Hashicorp works to make Terraform 0.12 available, it feels that some of this development work to get new features and bug fixes merged into master has slowed down. Thankfully, the robust community has - in many cases - developed solutions and submitted PRs. As of February, 2019, there are 267 outstanding PRs. That's a lot of PRs...

Let's take a look at one specific issue, the Amazon FSx Feature. FSx was recently announced (Dec, 2018) and is a drop-in replacement for Windows File Server as a managed service (see this blog). Any team wanting to deploy FSx would need to find some other method than Terraform for deploying it. With this PR unmerged, we'd need to either fallback to CLI commands, or CloudFormation (which at the time of this writing is still not an option as even AWS has not released the CloudFormation changes required to support FSx), or manage this through the Console. None of these options are good for us.

However, since a nice user in the community created a PR, we can review that and decide if we want to use that code instead.

While this sounds simple, it isn't always easy. All Terraform Providers are written in Go, so cloning that fork, building, and deploying a fix or enhancement to our environments to use instead of the mainline terraform-provider-aws, is not trivial.

Let's assume you've done Go development before. In that case, you pull the code, build it, run tests, then copy the resulting file to your ~/.terraform.d/plugins directory, no problem.

But, if you're like me and had never done Go, are you willing to spend the time to get things set up properly? Here's a tip that took me a couple of hours to figure out: Go cares about your directory structure!

Either way, at the end, I felt things could be easier.

So, here is a Terraform Module, Open Source and available on Github, that you can use to create a CICD process using CodePipeline and CodeBuild to build and deploy any fork or branch of a Terraform Provider to an S3 bucket for consumption. Here's how it works:

First, execute the TF Module, providing the Github owner, repository, and branch to build, along with a couple of additional parameters. This creates all the necessary setup.

Then, on any push to the repo:

Please review the README and feel free to open any issues or provide feedback.

Let's take a look at an example of using this with the FSx PR that I mentioned earlier. First, I would create a new Terraform module and include a main.tf:

When you're done, you should now have a CodePipeline build going: 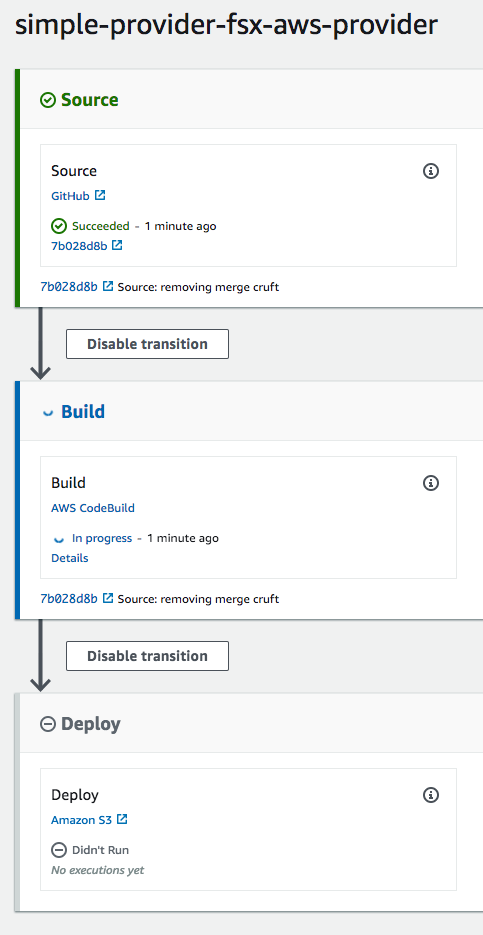 And when that's done, you'll have the binaries in S3: 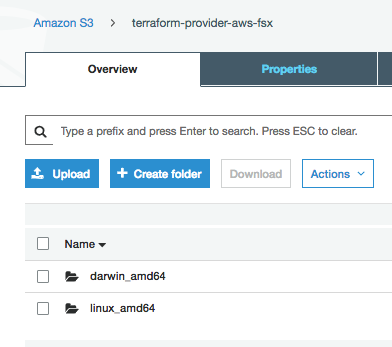 Now just transfer the related binary to whatever environment you need it in!

Using custom Terraform Providers, built from a forked or branched Github repository, is now simple and easy with a little AWS and Terraform.

Matthew Bonig
As a Senior Software Engineer at Rackspace, Matthew draws upon his 15 years of experience to help architect highly-available, fault-tolerant, scalable, and secure cloud environments. He is an AWS certified Solutions Architect. His hobbies include hiking the foothills of Colorado and walks with his wife and dogs.