This blog post discusses why Oracle® Enterprise Manager 13c (OEM 13c) users might want to consider rolling back to version 12c, and how to make the transition successful.

Change can occur in many different ways. It might come forcefully like a tidal wave, or creep along incrementally like a glacier. Technology advances in both of these ways. Although change can be difficult, it’s often for the best. Accomplishing great things requires us to push beyond our comfort zones.

TriCore came to this decision after using version 13c for some time because they felt that it wasn't stable. For example, they experienced certain issues that didn't occur on version 12cR5. As a result, they decided to roll back completely to the 12cR5 environment.

You might be having a similar experience with OEM 13c. If you are, know that while rolling back can be painful in the short-term, it will yield positive results in the long run. 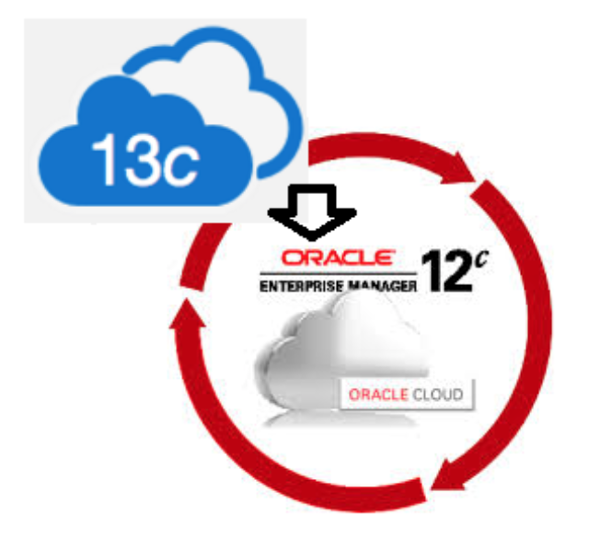 TriCore upgraded OEM 13c to a new environment by using the direct upgrade method. They used the old OMR backup for repository restoration. The backup configuration file for OMS 12c was used to roll back the changes to OMS.

If you want to roll back in the same way, you can complete the process in three phases.

Phase 1: Use Recovery Manager (RMAN) to restore the system

Restore the OMR backup that you took before the upgrade to version 13c.

Use the following steps to accomplish this task:

This example uses OMR and OMS on the same server. If you want, you can change the repository server.

You can use any of the following methods to restore the repository database from the backup:

Phase 2: Move OMS and agents to a new host

This section describes how to move OMS and agents to a new host.

Use the following steps to configure the repository:

Recreate the OMS with OMSCA

Use the following steps to recreate the OMS:

Phase 3: Configure the central agent on the new host

Use the following steps to configure the central agent on the new host:

Point the deployed target to the new host

Use the following command to reconfigure existing agents to re-secure them against the new OMS. If you're working with a large environment, you can do this with a shell script.

Step through each of your existing agents to re-secure them against the new OMS. Again, if you have a large environment, you can use a shell script to perform this task on all of your agents at the same time. 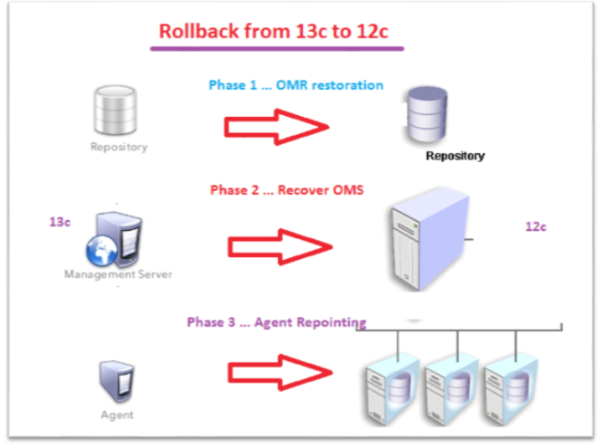 Verify that everything is working correctly

Also verify that the administration group has been migrated from the old OMS to the new OMS.

While a rollback can be daunting, careful planning will make things go more smoothly. Using the methods described in this blog post will help you revert changes with minimal impact.

If you run into problems during your rollback, contact Oracle Support and submit a service request.