If you're considering migrating your email systems to Microsoft® Office 365®, there are a variety of migration methods. The best fit depends on your requirements. This blog post covers factors you should consider when choosing an email migration method.

When you're deciding on a migration method, you should consider the following factors:

It's important to have these details nailed down before you start migrating data. After you're clear on the basics, you can move on to choosing a migration method.

This section describes various email migration methods that you might want to consider.

A cutover migration migrates all existing mailboxes, contacts, and distribution groups from an on-premises Microsoft Exchange system to Office 365.

This type of migration is performed as a single batch move that includes all of your mailboxes, contacts, and distribution group objects. There's no option to migrate objects selectively. After the migration is complete, every user that has an on-premises Exchange mailbox also has an Office 365 account.

When to choose a cutover migration

You might want to choose a cutover migration when the following conditions are met:

Note: According to Microsoft, "Even though cutover migration supports moving up to 2000 mailboxes, due to the length of time it takes to create and migrate 2000 users, it is more reasonable to migrate 150 users or less." Source: What you need to know about a cutover email migration to Office 365

The main logistical challenge with cutover migration is the need to reconfigure every user's Outlook profile to connect to Office 365.

A staged migration migrates all existing users and resource mailboxes from on-premises Exchange 2003 and Exchange 2007 organizations to Exchange Online.

This migration method moves mailboxes to Office 365 over a period of time. When the process is complete, all mailboxes are hosted in Office 365. This option is suitable for medium-sized organizations.

When to choose a staged migration

You might want to choose a staged migration when the following condition is met:

Note: Staged migration isn't available for organizations with Microsoft Exchange 2010 or 2013. Use cutover or hybrid migration for these versions.

The key requirement for staged migration is the Directory Synchronization tool. This tool replicates user accounts from your on-premises Active Directory database and adds them to the Office 365 organization.

With a staged migration, mailboxes are moved in batches over a period of time so that there's a simple, high level of coexistence during the migration. Users who have mailboxes in Office 365 can send and receive emails from on-premises users, and vice-versa. They can see each other in the Global Address List (GAL), but they can't share calendar availability information or access delegates.

With a hybrid deployment, you can integrate Office 365 with your on-premises Exchange servers, and also with the existing directory services. This functionality facilitates the synchronization and management of user accounts for both environments.

A hybrid configuration wizard establishes federation and connectors between an on-premises Exchange environment and an Office 365 tenant.

With hybrid deployments, mailboxes can be natively moved in and out of Exchange Online. It's also possible to keep some mailboxes on-premises and some on Office 365.

You can also add password synchronization or single sign-on (SSO) so that users can log on to both the environments with their on-premises credentials.

When to choose hybrid deployments

You might want to choose a hybrid migration when the following condition is met:

If you're one of them, you can use a different migration method, such as Internet Message Access Protocol (IMAP). IMAP extracts information from your source mailboxes and then pushes it to Office 365.

However, IMAP migrations are limited. For example, while the process migrates mail items, it doesn’t migrate calendar, contacts, notes, or other item types. There's also a limit of 5,000,000 items and 50,000 total mailboxes.

There are three main identity models in Office 365 for setting up and managing user accounts.

The Identity model manages Rackspace user accounts in Office 365 only. Because user management takes place entirely in the cloud, no on-premises servers are required to manage users. The cutover migration process provisions the user objects as cloud identities automatically. However, organizations can opt to use Directory Synchronization after the migration process is complete. 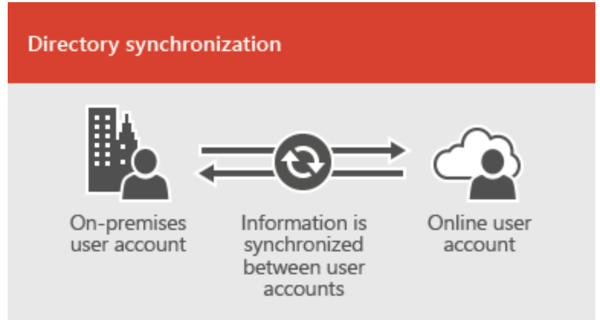 The Federated Identity model synchronizes on-premises directory objects with Office 365 and manages users on-premises. Users have the same password on-premises and in the cloud, and they do not have to sign in again to use Office 365. This model is often referred to as single sign-on. 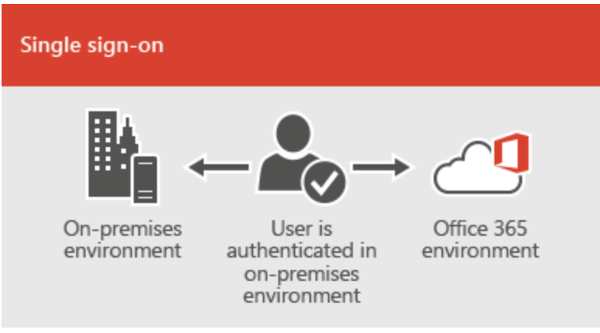 The following takeaways will help you decide on the best email migration type for your company:

Each migration method has advantages and disadvantages. Bear in mind that you can minimize any negative impacts by conducting a pre-assessment of the source email environment and choosing the ideal migration type for your needs.